One of the biggest bets in all of crypto is being wagered on the autonomously-run DeFi platform Lido Finance.

Nearly $10 billion, or around 3.22 million Ether tokens, has been deposited on the decentralized finance protocol in anticipation of a successful completion of a long-awaited upgrade of Ethereum. The years-in-the-making software revision -- referred to as the Merge, targeted for later this year -- is supposed to dramatically cut energy use, eventually boost performance and possibly returns on what is arguably the most important blockchain network.

The big bet is being made through a fairly common crypto practice known as staking, which allows owners a way of earning passive income without having to sell their tokens. The staked coins are used to help validate transactions and secure the network in exchange for rewards based in part on the amount of new tokens minted and fees collected. The practice is popular among users of leading exchanges such as Coinbase, Kraken and Binance, which combined have roughly 2.5 million in Ether staked on their platforms.

Lido, a decentralized staking project launched in December 2020, is beating out the bigger industry players by also offering Ether owners a sweetener. It’s a token called stETH that is pegged to the value of the cryptocurrency and can be used on other decentralized applications -- whether it is earning rewards by providing liquidity in money market protocols, or borrowing against stETH in DeFi lending markets to get even more Ether to boost staking rewards.

More than 700,000 stETH currently sits on the decentralized lending project Aave, according to data from blockchain tracker Nansen. Depending on how much risk a stETH holder wants to take, the rewards of staking Ether borrowed against stETH on Aave could be unlimited, in theory.

While the leveraged staking rewards raises the annual percentage rate well beyond the 3.9% earned initially on Lido by staking, the outsized gains don’t come without risks. If the Merge were postponed and stETH holders were in a rush to swap their coins for Ether on the open market, the token could be at risk of becoming unpegged, potentially causing its value to plummet.

If the Ethereum “upgrade and adoption do not occur as widely anticipated, the value of the staked Ether could be lower than Ethereum 1.0,” said Gordon Liao, chief economist at Uniswap Labs, the company behind the popular DeFi protocol with the same name. “There is also additional price risk associated with the secondary market trading of the staked Ether, which could de-peg from Ether in the scenario that users lose confidence in the upgrade or staking project.” 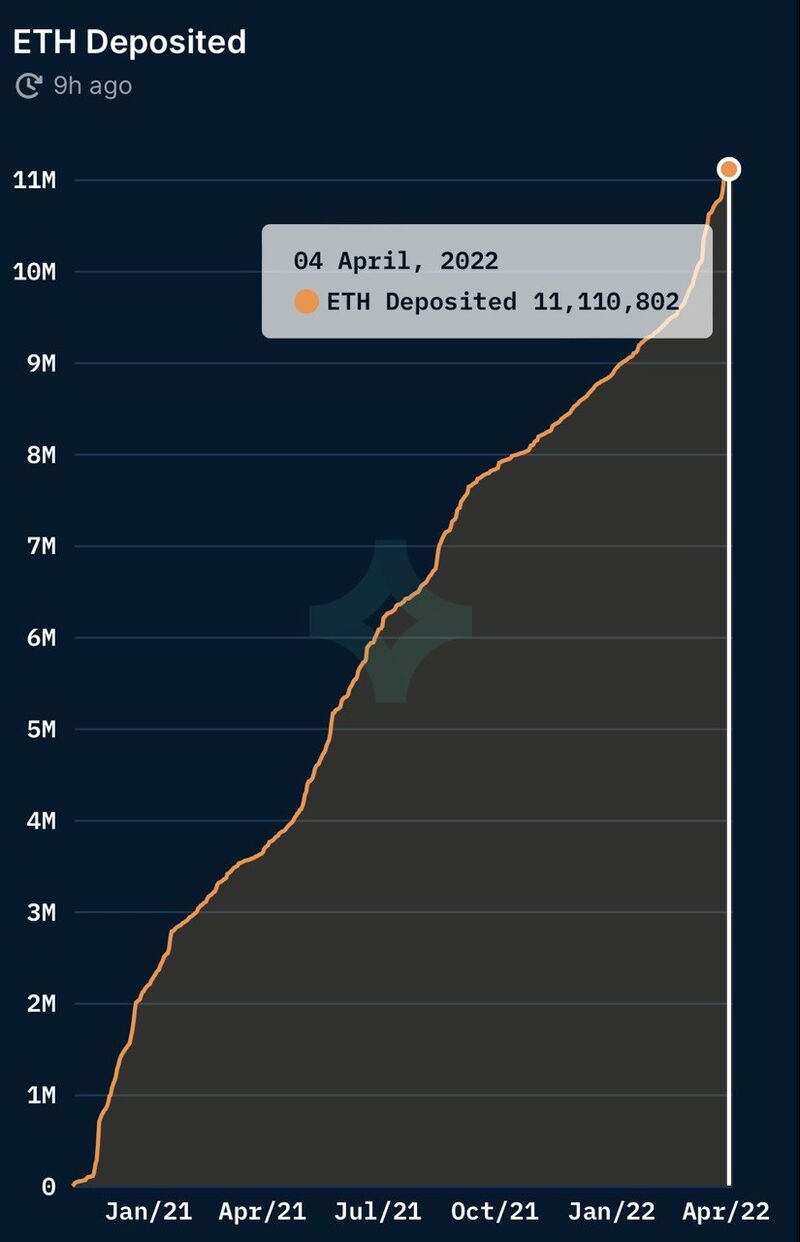 Lido said the risk is minimal. Before the Merge, if a large amount of people try to sell, whoever is holding a long position on Ether could arbitrage the price difference by selling Ether and buying stETH, bringing stETH and Ether’s prices back in line, Konstantin Lomashuk, a founding member of Lido, said in an interview with Bloomberg. The token’s high level of liquidity should allow it to navigate any surge in selling pressure without becoming unpegged for an extended period of time, he added.

Lido encourages stETH holders to put their tokens on the decentralized exchange Curve Finance, which holds more of the tokens than any other platform. In exchange, stETH owners get extra rewards in the form of both Curve’s CRV tokens and Lido’s native token LDO. The LDO token is also used in governance of Lido by a decentralized autonomous organization, or DAO.

“Lido is removing barriers for both individuals and institutional investors to stake Ether and other proof-of-stake assets and the community’s commitment to decentralization sets it apart from other solutions,” Ali Yahya, general partner at venture capital firm Andreessen Horowitz, said in a written response through a representative.

A16z announced in March that it invested $70 million in Lido, and that it staked a “portion” of a16z Crypto’s Ether holdings in the protocol. Other major companies that have chosen to stake with Lido include crypto hedge fund Three Arrows Capital and crypto lender Nexo, according to a representative at Lido.

Now it’s mostly a matter of watching developments around the Merger unfold. On Wednesday, one of the leading Ethereum software developers said that while the process is going well, the upgrade is most likely going to be after June. That’s later than many observers have anticipated.